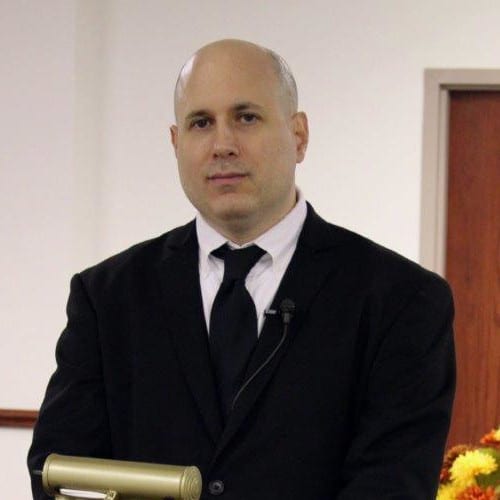 Adam Blai holds a Masters’s Degree in Adult Clinical Psychology from Penn State University. He is a Church decreed expert on religious demonology and exorcism in the Diocese of Pittsburgh. Adam has worked in the chancery of the diocese of Pittsburgh since 2014 as the Director of Institutional Ministries, He also serves on the committee overseeing all demonic cases there.

Mr. Blai is an auxiliary member of the International Association of Exorcists based in Rome. Over the last decade, he has helped educate priests on exorcism at national conferences, seminars, and through consultation on many cases in a number of dioceses. He has assisted at dozens of solemn exorcisms, house exorcisms, and resolutions of hauntings. In addition to Church cases, he reaches out to educate people on the current paranormal craze, the dangers therein, and more ethical ways to resolve hauntings. He has put together a pastoral manual for priests on exorcism and resolving human spirit hauntings.

Much of his professional life has been spent working in the Pennsylvania State prison system as a Psychological Services Specialist, where he did hundreds of psychological evaluations for the parole process and worked with the full range of mental illness and human evil.